Horses Snort When They Are Happy

A new study carried out by French researchers shows that horses that snort more are happier.
A team of researchers led by Mathilde Stomp looked at measurable positive responses in horses that could lead to improved welfare practices.
Often, ‘snorts’ were thought of as a means of clearing the nose of debris, but have now been identified as a positive behavioural reaction in horses.
The ‘snort’ is a pulsed sound produced from nostril vibrations whilst exhaling.
The study took place in Brittany and involved 48 horses in four groups. There were two from riding schools and two from private owners.
One experimenter recorded the snorts and at the same time data was recorded on behavioural and postural signals such as the position of the horse’s ears.
The results collected show that the horses kept in more natural conditions snort the most when they are grazing (68.9%) or when taking a slow exploratory walk (20.1%) and in some cases, snorts were also produced after rolling (5.4%)
The horses that are from the riding school also snorted the most while grazing (67.3%) and when they were eating hay in their stables (69.6%)
“This study, which aimed at testing the potential interest of snorts as indicators of positive emotions, has revealed that snort production is associated with more positive contexts (in pasture, while feeding) and states (with ears in forward position) and is less frequent in horses showing an altered welfare.”
“It is clear that snorts cannot be merely considered as having a simple hygienic function of clearing the nostrils, expressed during no particular context nor in a specific arousal state.
“To conclude, this study calls snort function into question. We propose that it would be indicating of a relaxation phase associated with positive emotions of low intensity and thus expressed even more by horses in a chronic good welfare state.”
NewsGeneral Equestrian 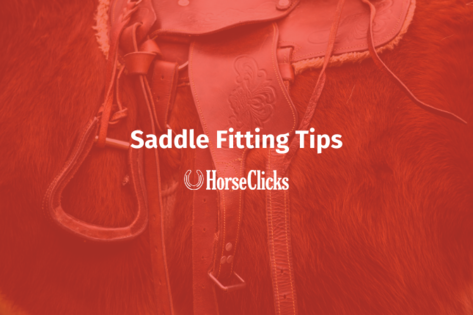 2020-09-21
Hey Guys, it’s Lynnsy here at saddle up! I just wanted to go over a couple of things. A lot of our customers, when they come in, they just want to know about the gullet in a saddle, and when...

The Farrier Is A Horse's Best Friend

By Katharine MacCornack    2020-09-21
Adopting a rescue horse brings both joy and sorrow. The joy of getting to know a new horse and working with him/her to form that inimitable bond for which horse lovers strive. Sorrow comes from a sad ...

By Frank J. Buchman    2020-09-21
Frank Higgs, Kip Strate, Bud Higgs, Colton Krueger and Makenzie Higgs gather yearling cattle from the Flint Hills in late July. (Doug Busby photo)  Watching the sun come up as cattle gra...
Newsletter
Follow us on
Share
Search 30,000 ads on the U.S leading equestrian site
on horseclicks:
home | contact us | terms and conditions | testimonials | about us | sitemap | help | privacy policy | Scams | mobile site
Disclaimer HorseClicks is not responsible for any errors or incorrect information posted by its members and does not represent or share opinions of its members. Accessing this website signifies your agreement to be bound by the Terms of Service.©2020 Horseclicks.com - all rights reserved - a member of the Friday-Ad network  |  dev (((:))) Memória Visual