Despite worldwide health concerns canceling a number of high paying rodeos, fortunately the biggest of all concluded before the scare.

It’s what has become the most renowned much anticipated rodeo for cowboys and cowgirls:  RFD-TV’s The American.

That world’s richest weekend in Western sports was at AT&T Stadium in Arlington, Texas, March 7–8.

Talented athletes compete in qualifying events all year for a chance to rope and ride in this annual rodeo event. More than $2.35 million are paid out through a series of qualifiers, semi-finals, and The American.

Top contestants in the world receive invitations and a handful of exemptions are offered to the brightest stars in the sport. Additionally hopeful contestants can pay an entry fee to compete at “qualifiers” throughout the year.

Nearly 4,000 entries competed at 70 qualifying events to make the semi-finals. There 700 athletes battled for 38 byes to The American with a million dollar side pot.

Casper, 23, and Mayfield, 19, also split a $1 million bonus, paid out to qualifiers who won their event.

Score of 91.25-points on Northcott Macza's Get Smart in the Shoot-Out won Casper’s title while Mayfield’s winning run was 7.75-seconds.

The $50,000 toward the standings all but guaranteed the two will be at the National Finals Rodeo (NFR) this year in Las Vegas.

“I rodeo for a living,” he said. “I’m not satisfied until I can’t ride any more. I’m going to try and take advantage of every rodeo I can.”

Mayfield has been one of the hottest cowboys on the rodeo trail. The 19-year-old entered The American with $77,701, which was more money in the world standings than any other event competitor. With $127,701 now, he’s surpassed his total from 2019 including the NFR.

“When I got home from the finals, the next day I went right back to the practice pen,” Mayfield said. “I was pretty mad over the finals.  Having all the people look up to you getting there and not doing very well.”

Field edged reigning PRCA world champion Clayton Biglow, who had a 91.75-points ride in the Shoot-Out. Feild advanced from the eight-man semifinals with 174.50 points on two head.

Not even in the top 50 in the world before The American, Field rocketed up in the standings.

Son of the late Pro Rodeo Hall of Famer Lewis Feild, the younger champion is thrilled about the present state of his sport

“Rodeo just used to be kind of a hobby for the tough rancher, the tough farmer,” Feild said. “See if you can ride that horse and go win some money on the weekend; that might be pretty good. Now, it is a career path, and the sport is getting better.

“The past three years in the sport of rodeo have been better than my whole career,” Field added. “It is only getting better and better, and there are more opportunities.” 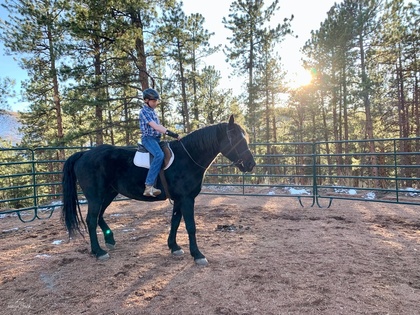 Ya-yaâ€™s, Spring Flings and Giddy Up! 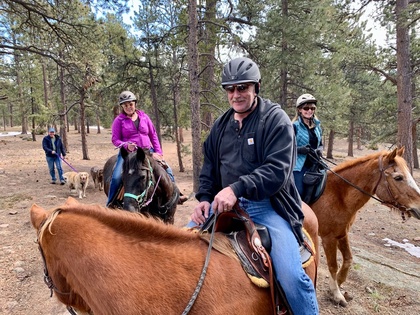 By Tanya Buck    2020-03-18
We are all tired of hearing about the Covid-19, Corona Virus, but if you’re anything like me, you have already thought about the positive side effects of living in a world with changes to our da... 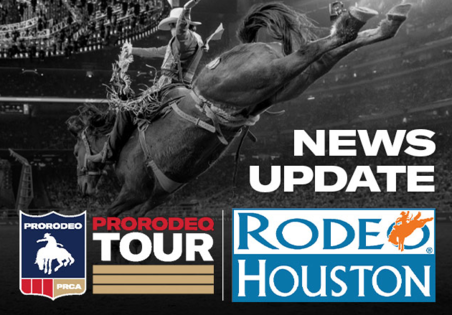 Attentive to Coronavirus Concerns Most Committees Will Have Rodeos As Planned

By Frank J. Buchman    2020-03-17
Rodeo news headlines last week highlighted cancelation of the Houston Rodeo because of the coronavirus worldwide concerns. Yet most professional rodeo committees at the end of last week intended to ha...
Newsletter
Follow us on
Share
Search 30,000 ads on the U.S leading equestrian site
on horseclicks:
home | contact us | terms and conditions | testimonials | about us | sitemap | help | privacy policy | Scams | mobile site
Disclaimer HorseClicks is not responsible for any errors or incorrect information posted by its members and does not represent or share opinions of its members. Accessing this website signifies your agreement to be bound by the Terms of Service.©2020 Horseclicks.com - all rights reserved - a member of the Friday-Ad network  |  dev (((:))) Memória Visual