A blind horse who is more than 20 years old was rescued after falling backward into an 8 foot well onto pressure tanks and pumps. The incident took place on Sunday morning in Germantown.

The cover to the 3-foot square well had been removed, but no one knew why. Rescue and emergency workers were called to the scene to lift the horse to safety.

Fire Chief, Dan Alldred, said: ‘When I arrived, all that was sticking out was her head and two front feet.’

Germantown fire department worked with Dr. John Nenni, an equine veterinarian, to attach straps around the mare to stop her from falling any further into the hole while they called the authorities.

Reily Township Fire have special training in large animal rescue. They claim that as often as 8 times a year they are called to incidents such as livestock accidents or large animal getting stuck in unusual places.

The horse was sedated while she was still in the well, allowing them to strap the horse onto a rescue guide, the green board you can see in the images. Following that the rescuers attached the rescue guide to a track hoe, a piece of heavy machinery to help them lift the horse from the well.

“We had to use the track hoe to pick up the horse, along with a bunch of manpower to slide her up and out on a slide board,” Alldred said.

Once the horse was lifted to safety, Nenni worked with the horse to help reverse the effects of the sedation. A couple of hours later the horse was up, walking around.

“She’s going to be stiff and sore. She had minor injuries, scrapes, bumps and bruises, some swelling,” Wesselman said. “But she was up eating grass and walking around when we cleared the scene.” 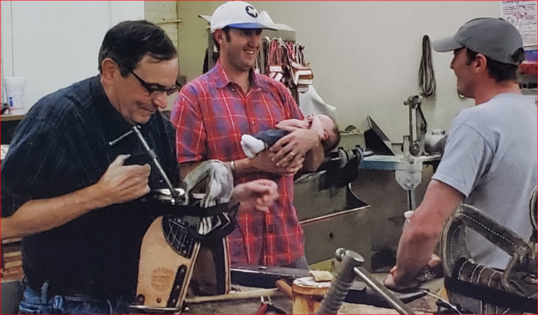