Telltale Signs That a Horse is a Winner 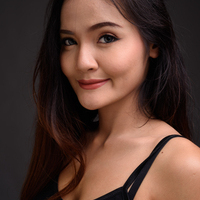 Like any form of sports betting like basketball or football betting, there's also no guaranteed way that you will win every time you bet. It doesn't matter how knowledgeable you are at the sport or participants; it all boils down to luck at the end of the day. However, this doesn't mean that there is nothing you can do to give yourself an advantage or a better chance of getting wins.

Actually, there are a lot of things you can do to make your bets precise and have good bases when you bet. Sure, there is no way for you to accurately predict the horse race's winner, but if you're attentive and knowledgeable enough to see the clues, you can guess them correctly. In smaller tournaments, simply knowing the big names of jockeys and horses alike are good enough to make educated bets.

However, that's not the case for the Kentucky Derby, which is part of the Triple Crown and is also full of big names, both jockeys and horses alike. It can be a bit hard to spot which horse has great value in this situation. However, there are some telltale signs that a horse is a good bet; you just have to look a little closer. But what are we supposed to look for, exactly?

If you're looking for a way to start your research, looking at each horse's track record is best. Generally, a horse that has placed in the top three on its most recent races is a good bet, especially if you're looking to place exotic bets. However, you have to make sure that these races are recent, or it will all be useless.

The key to this is that breeds that step hard on the ground as they run, dirt surfaces will slow them down and vice versa.

If you've gone to a live horse race before, you might have heard of the saying, "Never expect a horse to do something it has never done before." This is sound advice because it tells us directly not to bet on horses that have never won a specific type of race before. In direct contrast to this, a horse that has won, let's say a synthetic circular track before, can do it again in the same circumstances and is generally a good bet.

Many bettors think this factor is trivial, but it's actually not. Depending on how much rest the horse has got after its previous race, it might be at its peak during the race. A horse with little rest can underperform in its next race, and a horse with too much rest can be too relaxed. In short, the amount of rest that the horse got is a crucial factor in its upcoming performance.

The general idea is that a horse will get back to its feet after a race or two after its previous race. If you want to know the exact days a horse should rest, the sweet spot is 30-60 days of rest after its most recent race.

I won't go as far as to say that horses are emotional creatures, but they seem to be more expressive with their emotions than other animals. Horses are herd animals, meaning they are very social with one another and can often be seen in large groups in the wild. Why is this important? When taken away from their circle, young horses can show signs of nervousness and reluctance before and during a race, which can be bad for bettors.

One of the perks of going to a stadium to witness the horse race is that you can see the horses up close and personal. You can also see them in their parade to the paddocks, which some bettors see as crucial because they can see the horse's behavior.

Of course, just like humans, a horse that seems nervous and irritable does not bode well during a race, while a horse that is calm in demeanor and has confident strides means that it's ready to race. You can also see these signs in how the horse sweats. When a horse is sweating too much, it's a sign that it's nervous. But don't always be so sure since sweat can also be a sign that it's perfectly fit physically.

A winning horse has many traits that you can see with your naked eye if you're paying enough attention. You might be thinking that only veteran bettors can do this, but in reality, you can do so, too, as long as you did your research. Just make sure to assess the horses carefully and evaluate your findings according to the situation.

Toney Buss
Published on 15-03-2021
Toney moved from Salt Lake City, UT, to New York City several years ago after visiting the city and fell in love with it. She loves the energy of the city and all of the things to do it offers. She has been writing articles about horses and racing for a few years and loves the big races' pageantry.