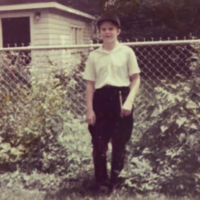 This Dutch saying sums up the feeling of a large number of people living in the  Netherlands. According to KNHS, the Royal Dutch Equestrian Federation, almost 500,000 citizens of the Netherlands ride horses.  The KNHS states horses and competing with them are to the Dutch “more than a sport, it’s a way of life”. With 3,000 horse sport Centers and 7,300 events for horses annually in the 67th smallest country in the world, attending a competitive event is as easy as a typical run to the grocery store for the average American. There are 450,000 horses in the country and one of the oldest and largest sport horse studbooks in the world, the KWPN, which registers the birth of 10,000 foals annually. It’ s almost impossible to travel more than 5 minutes without seeing a horse cantering across a gorgeous green field.  This is why I have made the Netherlands, or Holland as some know it, a frequent destination. I wanted to learn from and share my passion for horses with this group of equestrians that celebrates the horse like no other country in the world.

It started in 2017 with the desire to find an experience for my son Alec that would help him grow as a horseman and rider. Our friend  Dr. Margreet Lameris, a Dutch veterinarian who specializes in Sporthorses, suggested we consider working with Hendrik Jan Schuttert. Hendrik Jan is an extremely accomplished Dutch rider who has represented his country in multiple competitions since he was quite young. He won the Hickstead Grand Prix in England in 2012 aboard his mare Cerona HS. He was 22 years old at the time and the first Dutch rider to accomplish this great feat. He has found and developed some very special horses already in his short career including Ace ridden by Alison Robitaille up to the 1.60 m and Shakira Z rode by Peter Wylde to the 1.55m. His brother Frank Schuttert also competes at the top level and currently represents the Dutch showjumping team. Hendrik Jan has focused his efforts at the family stables, “Driehoekhoeve”, or the “Triangle” in English. A beautiful stable about 90 minutes from Amsterdam in a picturesque hamlet called Stegeren.  Every August for the past 10 years the Schuttert family hosts a top International showjumping competition at their stables, “CSI 3* Ommen”. It’s an incredible week of some of the best showjumping riders and horses in the world competing amongst an atmosphere that is unrivalled. Throughout the competition, the stands are filled to the brim with fans, young and old alike, who cheer on every horse and rider combination. Their sheer love of the sport and enthusiasm is unparalleled. My favourite part is to see the hundreds of bicycle riders make their way to the horseshow on the scenic trails that lead to the stables from the nearby town. While incredibly quaint it is also extraordinarily wise. The Dutch are remarkably thoughtful about not driving a car after drinking alcohol. The evening party is always as good as the day’s competition. Featuring music, dancing and singing, encouraged by glasses of cold beer and tasty bites everyone goes home satisfied and perhaps a bit tipsy.  This was what we were looking for, excellence in the care, training, and competing of horses with a healthy dose of fun on the side. Alec packed his bags and we sent his horses as we began the journey of a lifetime.

Fast forward to the summer of 2019. Alec has graduated from college and declared his desire to create a professional life around horses. He has moved to the Netherlands and lives and works at Driehoekhoeve. I returned this week from a visit and continue to be amazed by the experiences I have every time I am there.  I had the good fortune to spend the week riding a lovely 6-year-old mare, Infinity. She was bred and produced by British rider Sally Hopkinson who relocated to the Netherlands for many of the same reasons Alec had. Many have said that to become a good rider one should ride some good horses. As I cantered around on this balanced and well-schooled young horse I began to understand what that saying meant. One morning we gathered a few of the barns young horses, including Alec’s 6yo gelding Zephyr, up into the horse van. Less than 30 minutes away was a “National” horseshow where the young horses could school around a competition level ring for a nominal cost.15 euros (about 17 dollars) and a few clear rounds later we were on our way home, happy with the day.  In the afternoons and evenings, we would head out to our choice of top horse sport events. My favourite was the 20th edition of the Schroder Masterclass Horseshow. I was awestruck as we walked through the charming town of Tubbergen and arrived at the centre square. There in front of a church dating from the 13th century, St. Pancratius Basilica, was the smallest arena I had ever seen.  800 square meters, just over 2600 square feet! Olympic quality footing with Olympic calibre fences created just for a few days. Incredible to see this event surrounded by an ancient church and lovely shops and cafes.  The final jump-off consisted of 1.60-meter fences and the winner, Rob Schipper aboard Femke, cleared them all lightning fast. Later that week we travelled to Ermelo to watch the young horses compete in the KWPN Championships. This is an event featuring the best KWPN horses in the country including foals, harness horses, mares, and dressage and show jumping. A smorgasbord of horses for the ever-hungry horse enthusiast.  This amazing wealth of opportunities to watch, ride and compete horses is beyond comparison and it is the reason we have grown our life with horses to add a community across the world.

As I get older I am amazed to see that my passion for horses has in no way lessened. I am also amazed to see that my passion for learning and celebrating the joy that living with horses provides has actually grown.  For these reasons I have decided to begin this blog “Bits and pieces From Believe It Farm”. I am excited about sharing my experiences and connecting with others around the world who are interested in all of us coming a little bit closer together.  This is my heaven on earth.

Susan Bozorgi
Published on 27-08-2019
My name is Susan Bozorgi and I have just started writing my first Blog; Bits and Pieces from Believe It Farm. Horses have been a part of my life since I was a very young starting with lessons at the local riding school. My Dad shared my love of horses and together we explored everything we could find that involved these noble animals. From trail riding to horse showing, from breeding to touring Ireland on horseback, we had a blast. Dressage, Hunter/Jumpers, Western Pleasure, Trail riding, and Driving, I love it all! Lucky for me I met a guy who also loves horses, enough so that he willingly agreed to a honeymoon in Portugal at a dressage center riding Andalusians. Our two children, Alec and Amanda, share our passion and have joined us on adventures around the world seeking a connection with other people and places through horses. We enjoy the thrill and challenge of competition and have had the good fortune to enjoy competing in the Hunters, Jumpers, and Equitation divisions. Alec pressed on and has enjoyed success at the upper levels of the Sport and is currently living and working in the horse industry in the Netherlands. We have our own farm now, Believe It Farm, where we keep our personal horses and board and care for client’s horses. In addition to our own riding our work also involves caring for horses needing recovery and rehabilitation from injury or surgery. This year we have added a new focus, breeding. The ever-present herd of retirees watch over all of this and help out when they are needed to soothe a horse stuck on stall rest or returning to turnout. I look forward to writing this blog and connecting with others who find horses and what they can teach us as interesting as I do.