When I set forth to ride each morning, I wonder what my horse and I will see in the fields. I know what I might see, what I hope to see, but never all that I will actually see on a given days’ ride.. Before I even reached the barn, a tiny creature curled up under a cedar caught my eye from a distance. I might very well have missed that as it was well sheltered. A doe had left her infant fawn under that skyward pointing tree near a paddock fence while she went out to feed to maintain her energy and the demands of the first few weeks of motherhood. This was only the second fawn I have seen this year, and the first on my own farm. The does return each Spring to rest, hide their fawns, and enjoy the safety of the farm’s woodland spaces. Before I reached the barn, nature's beautiful vulnerability graced my morning with a thrilling scene.

Ranger, my trusty steed, was delighted to step out of his stall and onto cross ties in preparation for our ride. He, too, loves to go out on trail. I do hope that it’s because it is in his own nature to love to be outside the confines of an arena, and not because I prefer to be out and have taken him on miles of trails for the past eighteen years since he was three and we began our partnership.

As I groomed my paint, aka a Native American horse, my thoughts wandered to earlier inhabitants of this land who surely crossed the same fields and woodlands, perhaps for different purposes like traveling and hunting, but nonetheless, who shared a relationship with an intelligent equine breed with ever so much personality.

Ranger and I were off on our daily journey past the fence line. As I reflected on the lore of the Lenni-Lenape, the Native American tribe of my area, two bobolinks emerged from the deep grasses in the hay fields. Their shrill, ebullient songs captured my focus as I observed them skimming over the lush green masses in search of seeds and other sustenance. Patiently, my horse walked steadily making a few stops for me to watch our avian neighbors, and for him to snatch a mouthful of fresh hay. Indulgence is not always a bad thing!

As the hay rises ever so fast from the ground after a heavy rain, everything changes at this time of year, late Spring or the month of May. We rode through tall grasses stirring up all manner of insects, rodents, birds, and other creatures of the fields. As I glanced into the woods, I saw that the mayapple had bloomed. Always a special wildflower to me, the mayapple was the first one I learned to identify as a child and marvel at in a secret place in the woods where I loved to go with my brother. Ranger asked to pick up the pace, so I compiled as he was sufficiently warmed up for a trot and a canter up the hill.

When we returned home to the barn, I was grateful to have gone out with my horse on a glorious morning, to have seen the bobolink and the mayapples, and to have carried on an ancient tradition of riding out in the wild. I did not see the kestrel today, but I expect he will be out hunting during another ride in a few days’ time. I spotted the sleeping fawn on my way back from the barn to the house, and smiled at the wonder of waiting in hope and anticipation. 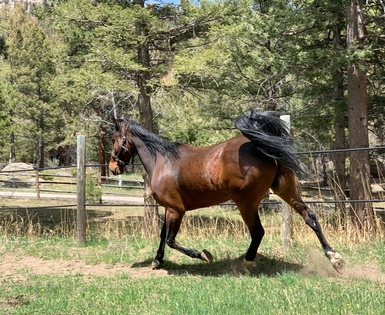 By Tanya Buck    2020-07-01
Each level we ride, no matter the discipline, the horse must partake by answering the question of collecting, and each time we collect the horse, we must use half-halts to tell him a change is coming.... 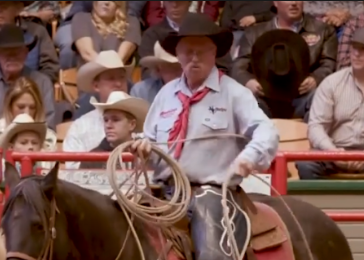 2020-06-29
“I love my job. I love everything about being a rodeo pickup man.” Rex Bugbee’s excitement for his most essential profession in the rodeo arena shines through his voice. Perh... 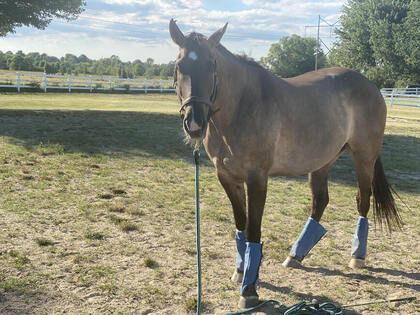 No Right Lead For Bruce

By Megan Smith    2020-06-29
Lesson number two happened with Bruce and it left a lot to be desired. Bruce was up the whole time, wanting to just break into a canter whenever I touched my leg to him. Normally he's quiet and la...
Newsletter
Follow us on
Share
Search 30,000 ads on the U.S leading equestrian site
on horseclicks:
home | contact us | terms and conditions | testimonials | about us | sitemap | help | privacy policy | Scams | mobile site
Disclaimer HorseClicks is not responsible for any errors or incorrect information posted by its members and does not represent or share opinions of its members. Accessing this website signifies your agreement to be bound by the Terms of Service.©2020 Horseclicks.com - all rights reserved - a member of the Friday-Ad network  |  dev (((:))) Memória Visual