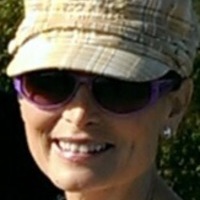 On a beautiful summer evening we headed out on the quiet, country, back roads of Arkansas. As the sun began to set behind the limestone plateaus, Map-quest took us on an adventure to the auction house. That night was the equine auction and my daughters convinced me that we should "go and look". Well, every parent knows that those are "buyin" words!
Our paint horse named Bear, had been displaying bouts of loneliness. He was use to spending more time with my daughter, Catheryn, prior to the resuming of her school and dance schedule. Catheryn and Bear were made for each other. Catheryn would jump him bareback and Bear took care of her. Buying Bear had not been part of my plan, illnesses had suddenly taken our family off track, including an accident that severely broke Catheryn's ankle, and ended in our having to re-home our other horses.

Luckily, we found and kept in touch with the new owners, which took a bit of the sting out of our dilemma. I had no plans to own any horses in the future, especially with my new titanium joints and Catheryn's ankle surgeries.

Over time, the memory and pains from our surgeries faded and Catheryn's heart began to ache with no horse to fill her void. I felt stressed at the thought of starting our "horse life" again, as my health wasn't 100 percent. However, Fate had other thoughts and brought us a handsome, strapping, careful gelding named Bear. Catheryn and Bear are perfectly paired; a great rider and a great horse. A situation that I thought might stress me became extremely healing for Catheryn and myself.

Watching her with her sorrel and white horse, with one brown and one blue eye was similar to watching the majesty of Native Americans and their bond with their horses. Our Summer vacation was the first clue to Bears need for companionship; he kept wandering next door to search for Catheryn, at her best friends house. We could never figure out how he got through the fencing.

We, jokingly, started calling him "Houdini"! The second clue was more obvious. Although we have 2 paddocks, we allowed Bear use of the front lawn where we brushed and bathed him. Bear soon found out that, if Catheryn was homeschooling and he wanted her attention, he could knock on the front porch. Laughingly, I questioned whether we should check his IQ!

Obviously Bear needs a pal, so here we are on our way to "go and look" at the auction. We arrived at 6:00 pm and planned on wandering through the preview area, while the tack part of the auction was in progress. As we looked through the entrance to this dusty, musty metal building, I realized that I wore the wrong boots and certainly would exit this area looking like "Linus" on a BAD day! Oh well, after an hour and a half on back roads, I wasn't willing to abort this mission.

Yes, this trip became a mission as I assessed that the excitement and determination on my daughters faces. We eyed equine of all sorts of shapes and sizes, some too big, most too thin. Catheryn's first thought was that I look at the Mule that was the size of a draft horse. I asked her "who would be pulling who"? I still have a limp, so I already knew the answer to that question! We hadn't seen any horse that we could agree upon.

Suddenly, a ruckus broke out; the commotion of squealing and metal gates clashing drew our attention to a group of mini horses and foals with one wild, black mini stallion tied tight, for obvious reasons. I walked closer toward the chaos and in the shadow, a tiny donkey had pinned herself against a wall for safety. Her huge, black eyes called out to us and we knew this donkey was the one. Off we went into the auction house with my buyer number in hand. The place was packed and the only seats I spied were up top, a climb of about fifteen- two foot plywood steps, on a steep incline.

This adventure was becoming a workout for my new knees and shoulders. When we reached the seats, with the help of a kind farmers knee, I wedged myself into a needed seat and waited for the little donkey to be brought out. As I sat and waited, the reality of transporting her home became real as we only had a jeep, in the parking lot. I told Catheryn to ask the auctioneer about transport and he said he would put the question out to the audience, in the hopes that someone was heading our way.

We waited through two hours of auctioning, I still had no answer regarding transport. Now nature was calling and there was no sign of our donkey. Looking down the steep steps, I knew that nature had to wait because I was sure that during the time it took me to get to the Water Closet and back would be the exact time the donkey would be brought out. Time drew on, the crowd was dispersing, I was tired, desperate and the transportation situation hadn't been addressed by the auctioneer.

Finally, the swinging door crept open and out came a helper leading a limping little donkey, to the tune of garbled pricing. I quickly stopped the bidding by giving the auctioneer his asking price, leaving no question that the "little jenny" and I would limp off into the sunset together! Considering the time, the sun had long set and with so few people left in the room, I wondered if the auctioneer would remember about our need for transport. At this point, we would not be getting home until 1 a.m. The auctioneer looked at my daughters gleeful "high-fiving" and laughingly called out to the few stragglers left, for help to transport. What were the odds that someone would be headed our way? In mid-thought, two hands shot up and not only were these good souls from my area, they were picking up a rescue from our neighborhood in the morning. I'm usually a planner but God had my back on this excursion!

We awoke to bright sunshine and the unloading of the newest member of our family...Maria. We thought about naming her "Eeyora" because her limp and slow mode reminded us of Eeyore in Winnie The Pooh, until day three.

On the third morning, I saw Bear in the back field and figured his new buddy was with him. When Bear hears the first sounds of grain hitting the cup, he breaks into full lope and within seconds he's at the porch. I figured I better save some to the side for Maria and expected to see her sauntering around the house at some point. To Catheryn and my surprise, at full sprint comes a Maria adding a little hop and skip to her "happy dance". We laughed with joy, celebrating our little friends new spirit.

Today, Maria is healthy, plumper and most of all, happy and loved. We learned that any animal dropped at the auction house and not sold is shipped for slaughter. Our hearts broke as we realized the fate of many of the unsold equine that night and what would have been the fate of "our little Maria". Our new mission is called "Loving Heart Equine Rescue". From horseless to rescue....it reminds me of the saying "if you want to make God laugh, tell him your plans!"

Dawn McCaffrey Guterman
Horse Owner
Published on 28-08-2019
I was born and raised in New Jersey, until my family packed our home and moved to our favorite vacation area near lake George, New York. It was our first chance to enjoy country living and it stayed in my heart. Even though we had to return to New Jersey in a few years and my adventures with animals had to take a back seat for most of my life , I knew I would return to rural living at some point. I have a BA in Psychology and I am a certified Holistic Health practitioner. I hold a US patent. In my adult years, I opened stores called "Paint N' Plaster Fun Factory", enjoying my craft with people of all ages. I am now living in the Ozarks, with my 2 daughters, enjoying animal adventures through my rescue- lovingheartequinerescue.com. I write from my front porch swing and I'm publishing a children's book called " The Adventures of Tuffy the Cat"... Coming soon.