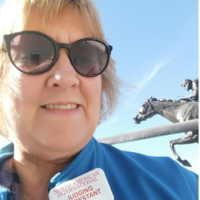 By Cher Griffin
25-09-2019
My landing spot this weekend was a wonderful show where a lot of the riders were intermediates. They are just learning the ins and outs of showing and the camaraderie that goes with it. It is a blast watching these budding riders take to the hunter courses with the enthusiasm of a Jack Russel that found an open gate.
During a brief break for a fence change a pair of giggly, blonde-headed buddies came in to the tack shop to see what goodies they could talk their moms into. One of the girls carried a bit more weight in the leg than the other and was complaining about not being able to find boots that fit properly and her parents were not able to buy customs, nor did they want to invest until blondie had stopped growing! At that point, I told the girl that she could show in paddock boots if tall boots were not available yet. Her buddy's eyes popped to convex at my suggestion. She turned to her friend and said, "You are 13, you CANNOT wear paddock boots!"
It's interesting how the rules of the game haven't changed in a zillion years but the monkey see, monkey do style of rule-making at the trainer level has created an urban legend of sorts. Here is the current 2019 Hunter Rule on Attire:
HU-107   2. Attire. Riders are required to wear conservatively colored coats (black, blue, green, grey or brown) which are free from adornment which in the judge’s opinion is overly distracting. Shirts must have a choker, similar collar or tie. Breeches may be buff, canary, tan, rust or white
Note that there is nothing stated about boots at all, and that other color jackets besides Navy and Black are permitted. I'm still waiting for the canary breech to make a comeback...hee hee. That being said, the rules for Hunter Equitation vary a wee bit and included the newest 2019 addition of the fox-hunting attire ruling:
EQ 105   2. Conventional attire following the tradition of fox hunting is encouraged and preferred. It is further recommended that the rider’s attire does not distract from the performance of the horse and rider. Judges shall not eliminate a rider for inappropriate attire except for safety (see GR801). Shirts must have a choker, similar collar or tie. Breeches may be buff, canary, tan, rust or white. BOD 1/12/19 Effective 4/1/19.
Now, with the addition of the Fox Hunting traditions being ENCOURAGED and PREFERRED, I can imagine the horrors as the riders see this:
Proper Fox Hunting attire for Juniors shall be Ratcatcher:
Juniors wear a tweed coat or hacking jacket; natural-colored (buff or tan, but never white) breeches with tall black boots or jodhpurs with brown jodhpur boots; shirt and colored tie or ratcatcher shirt with collar; tattersall vest; brown leather gloves; and either a black velvet hunting cap with a harness or a ASTM safety helmet with a harness & black cover. (Fox Hunting in Ol' Virginia)
Gak!! Tweed coat? Jodphurs with brown boots for a kid over 12? Gak! The tattersall vest gives my the chuckles picturing some of the monkey moms forcing their kids to put on a tatty vest and wear brown gloves with their tweed coat. But this IS the current rule for hunters! As a judge, I find the gigantic bows on a 4-year-old very distracting, but they seem to make the grade at a lot of shows. The distraction rule is one of the few rules that leave a wide-open area for judges to place their personal preferences in.
All kidding aside, if a child is showing in smaller shows and can't get tall boots to fit, don't leave them out with a "My Trainer Says" rule. Everyone should be able to experience the thrill of going through the in gate. Let those with long hair wear it up under their helmet instead of the bows, if they aren't comfortable wearing them, paddock boots are totally legal to wear for any age junior rider and are sometimes a must for the health of the rider. (Tall boots were something I could not wear due to a knee injury so I showed in jods and paddocks as an adult...and won) The bottom line is, read the rules carefully for the divisions you intend on showing in and be aware of what is a rule and what is an urban legend. If you are with a trainer that has their own way of presenting a student, abide by their rules as much as you can, it is their reputation on the line, but advocate for the rider who needs to have folks look the other way while abiding by the rule but not the tradition. There are judges out there who will penalize someone for not dressing as they personally prefer. No judge should ever place their own preferences over the written rules and if it happens to you, chalk up the experience but don't let it waive your focus.
AdviceDressageGeneral EquestrianTack and Equipment

Cher Griffin
Mobile Tack Shop Owner
Published on 25-09-2019
My name is Cher Griffin and I am a certified horse nut. I've been living and breathing horses since my first trail ride at six years old. The horse broke loose from my handler and went flying back to the barn and all I could do was grin and whoop it up the entire mile-long run. My mother thought I was crazy. Little did she know. Since that fateful ride, I became a horse owner, 4-H member and horse show addict. I spent many years showing and training Quarter Horses, Saddlebreds, hunters, Morgans, Arabians, a stint with roping horses and sundry other breeds and combos. I became a carded judge in the early eighties and spent more than three decades in the center ring. I've been a 4-H leader for 42 years and have thoroughly enjoyed working with youth and horses. I've coached fourteen successful horse-judging teams to national-level competitions. When my knees finally gave out, I opted for the driving world. I continued to train minis and ponies to drive in the show ring and ADT level competitions. Throughout all this, I also owned my own trucking company, working in the heavy construction industry for over twenty years. Now that I'm an old gal, I own a mobile tack shop that travels from South Carolina to Georgia attending a variety of shows and events. I may not be center ring anymore but I'm in the thick of the horse business and live in the heart of the south's horse mecca, Aiken, SC. If that isn't horse-crazy enough, I am also a published author of three mysteries, Ritzforg 127, Captain Courageous and Gwenonwyn of Aileen. If you love horse and who-done-its, you'll love the books. 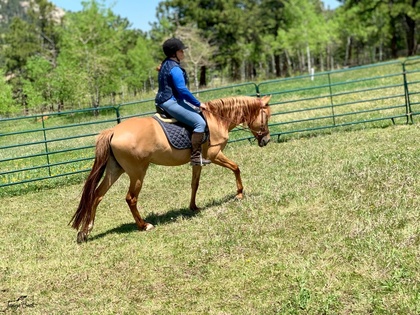 So You Want To Learn Dressage! 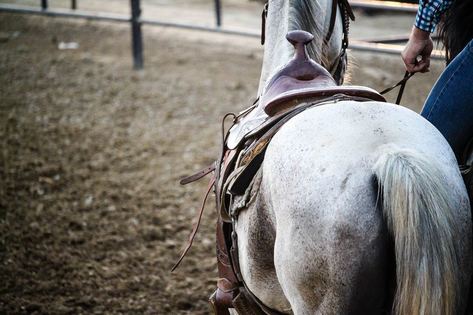 5 Stretches To Do In The Saddle 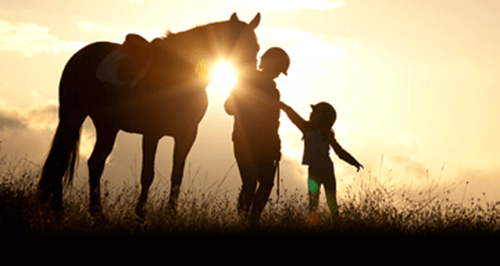 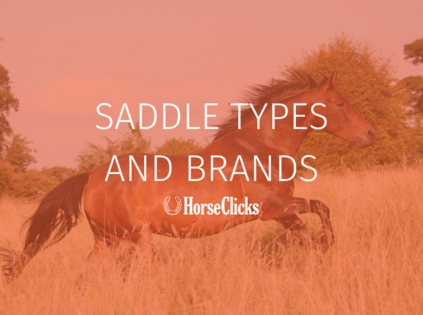