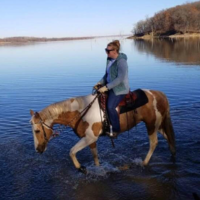 It’s been an exhausting couple of weeks dealing with Rowdy’s flare-up, July in the Midwest and the loss of my mom’s favorite horse.

Rowdy was supposed to begin a 10-day oral paste followed by a month of powdered meds to get him feeling right. The first shipment of paste exploded in the heat during transport. Then it was back ordered across the country for 2 weeks. We finally got our hands on some and are on day 4.

In the interim, we splurged and purchased a Theraplate. I’ve been looking into them for months after my ponies lost mass over the winter. We took the plunge and got the big one since I can’t just own normal size horses. There is a program specifically for EPM, which we started Rowdy on immediately.

My precious paint horse is not the patient kind. Before these latest issues, I left him tied in the aisle while doing all my chores so he could learn some manners. Not being ridden lately hasn’t made him much better.

The Theraplate has been a game-changer. He walked right on it the first time and we started on a low setting. While his brain is still all over the place, his feet don’t move. Rowdy also loves to put his muzzle on when you crank it up to a higher setting. We do two, twenty-minute sessions every day.

Personally, I’ve only heard great things about the Theraplate, but I wasn’t hoping for a miracle cure. I was just hoping to keep Rowdy muscled up while off riding. We’re on week two and he is showing more definition than he had before. The shoulder where he was kicked is looking smoother, and his chest is looking more defined also. Just the fact that he will stand on it and start licking and yawning means if nothing else, it feels good.

I also took Rowdy off his myriad of supplements to focus on the meds he needs. After laying out everything that was going in his feed, I realized it was becoming overkill. He was getting fed an overall wellness formula, something extra for his tiny hooves that never grow, Nutrena Topline Balancer and Equioxx for inflammation. And every one had an additional supplement they heard cures EPM. This is all on top of Purina Strategy. And then to add meds and Vitamin E… it was all just too much.

Writing down every single ingredient in all these supplements, I realized almost everything he needs is in his food, and in the grass he’s turned out on all day. Everything else is just overkill. He’s now just on the grain, the EPM meds, Vitamin E for muscle functionality, and SmartPak’s Tranquility to keep him feeling stress-free. (Maybe I should drop some Tranquility in my coffee?)

I’m not listing these supplements as any sort of endorsement, nor do I believe in approaching horses as a one size fits all; I just realized for me I was trying to put a band-aid on the variety of issues Rowdy was showing instead of getting to the root cause. If he doesn’t feel right all over, of course, his physical state is going to suffer.

Rowdy seems to be getting stronger every day, and the symptoms are hard to see unless you look for them. You’ll see an off step here and there like he just forgets what his legs are supposed to be doing. Turning around and stepping off the Theraplate both take a little extra thought on his part.  He can still run on his own and managed to pull off three shoes in one incident, so, there’s that.

On the bright side, my farrier actually had to trim an inch off his feet this go round. Supplements be damned. 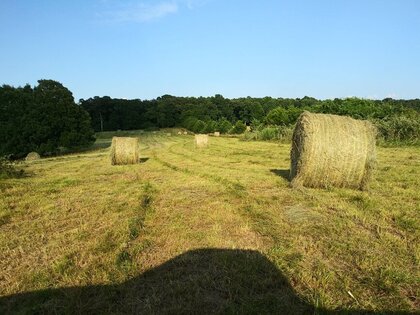 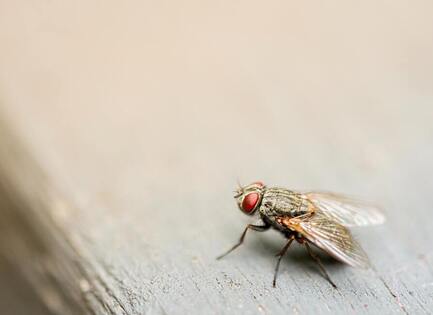 How To Reduce Flies On Your Horses And Around Your Property

2020-10-07
If I happen to come across a fly in my house, I'll do one of two things. I'll either do my impression of Terminator by going mad with the fly spray or wallop it with the daily newspaper. No ma... 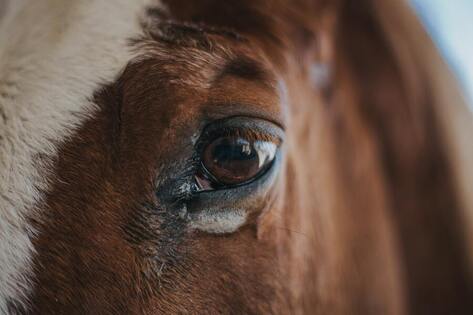 By Katharine MacCornack    2020-10-07
I had never noticed that my horse, Jack, had ocular cysts in both eyes until a veterinary intern saw them and pointed them out to me. That realization made a lot of sense and explained some unusual sp...
Newsletter
Follow us on
Share
Search 30,000 ads on the U.S leading equestrian site
on horseclicks:
home | contact us | terms and conditions | testimonials | about us | sitemap | help | privacy policy | Scams | mobile site
Disclaimer HorseClicks is not responsible for any errors or incorrect information posted by its members and does not represent or share opinions of its members. Accessing this website signifies your agreement to be bound by the Terms of Service.©2020 Horseclicks.com - all rights reserved - a member of the Friday-Ad network  |  dev (((:))) Memória Visual